A fire caused by an explosion on a ship at Dubai's Jebel Ali Port, the Middle East's largest transshipment hub, has been extinguished, the government's Dubai Media Office (DMO) said on Thursday.

A fire caused by an explosion on a ship at Dubai's Jebel Ali Port, the Middle East's largest transshipment hub, has been extinguished, the government's Dubai Media Office (DMO) said on Thursday. 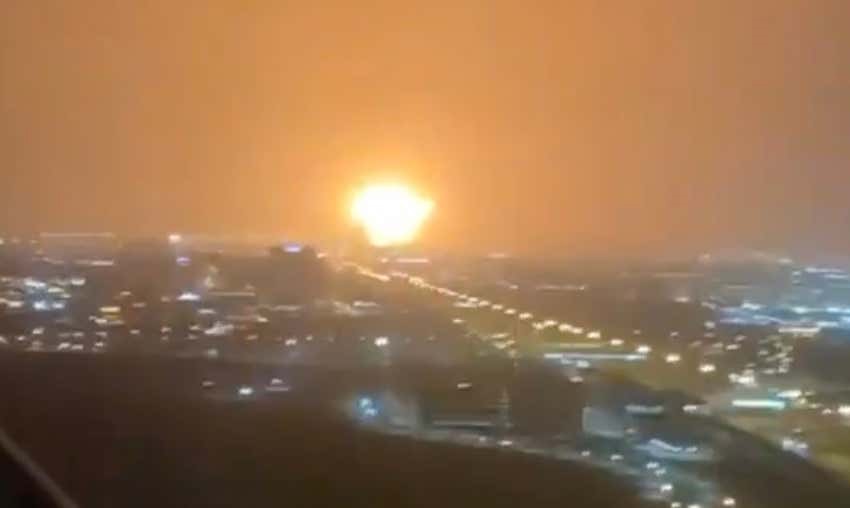 There were no reported deaths or injuries and the fire was brought under control, authorities said. The Comoros Islands-owned ship was docked at the port when the blast occurred in a container holding cleaning products, according to Dubai's Civil Defense chief Rashed Al Matroush.

The Dubai Media Office posted a video of firefighters putting out the blaze at the port amid smoldering wreckage as plumes of smoke billowed through the air. 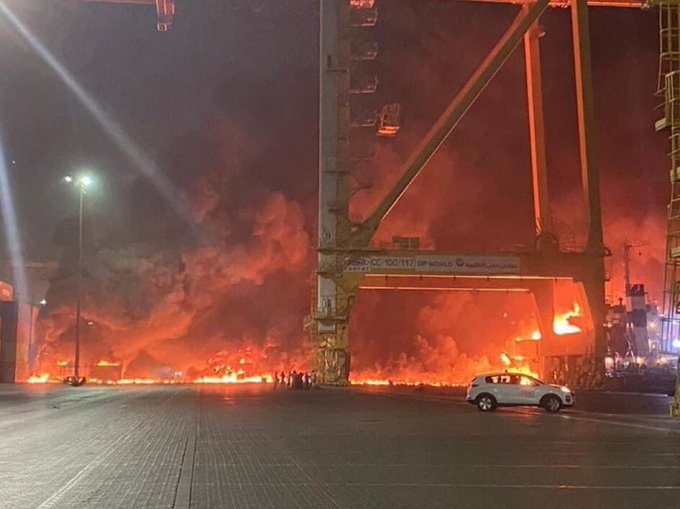 Several citizens in Dubai said they heard and felt the explosion, which caused buildings to shake, as far away as 15 kilometers away from the port. Social media video showed a large ball of fire burst from the port area lighting up the night sky.

Jebel Ali is the ninth largest port in the world and the biggest in the region. Port authorities said they were "taking all necessary measures to ensure the normal movement of ships in the port continues without any disruption."

There appeared to be normal movement of vehicles in and out of the port while civil defence vehicles continued to arrive at around 2100 GMT, Reuters witnesses said.

It said the ship, which was not identified, was preparing to dock at a berth "away from the port's main shipping line". Al Arabiya cited the Dubai government as saying the ship's crew had been evacuated in time. State-owned DP World, which owns Jebel Ali Port, had no immediate comment when contacted by Reuters.

Dubai in the United Arab Emirates is the region's trade, business and tourism hub. Port authorities are taking necessary measures to ensure normal movement of ships, the DMO said.