Verifying gross mass of your cargo is important to the ship balance and safty. If the cargo weight declaration is no right, the heavy container may be loaded on top of light continer. The ship will not able to get the stability right. The ship will be dangerous on the ocean.

For example, a client has some containers that weigh about 24 tons each but in order to save costs on overweight etc if he declared the contrs as 18 tons each (happens a lot) the shipping line will take the word of the client and advise the ship that these contrs are 18 tons each.

When the ships planner does the planning, following the weight categories, he is going to place the 18 ton containers on top of 20 ton contrs. Now if these 20 ton contrs are actually the right weight, we now have a 24 ton contr (misdeclared as 18 tons) sitting on top of a 20 ton contr. Imagine MANY such misdeclarations such as this, the chief officer of the ship has a problem now to try and adjust the stability because according to his calculations the ship should be stable when the cargo is planned to be loaded a certain way, but in reality because of the misdeclared weights, he is not able to get the stability right. 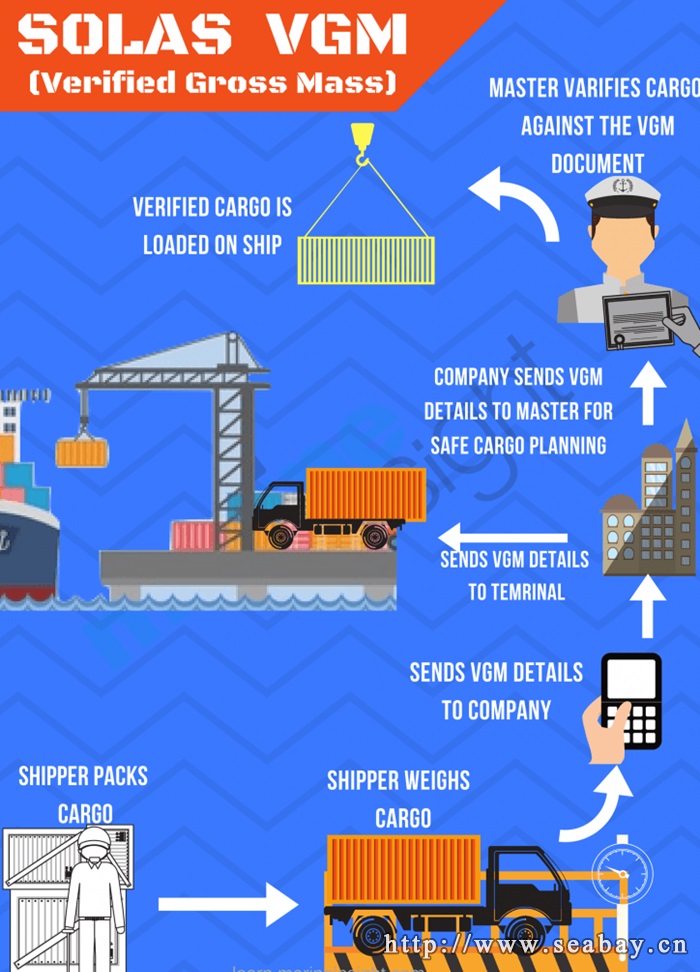 On MANY occassions you might have heard the shipping line give reasons such as “due to stability constraints we had to short ship your cargo”. The weight misdeclarations are one of the MAJOR reasons for such instances as the planning is done in accordance with the weights provided by the shippers, but it doesn’t always work in that direction.

Even though the lines are taking many precautions and deterrents such as Over Weight Surcharge, Misdeclaration penalties etc, these cases still continue. As mentioned above, this can seriously affect the lives of the innocent crew on board the ship if anything should happen to them due to such negligence.

Many an incident has occured where the  bottom of the container has fallen off during the lifting of the same due to the cargo weigh in the container exceeding the declared weight.

So to summarise – PLEASE DECLARE THE EXACT WEIGHT OF THE CARGO PACKED IN THE CONTAINER.