Container Ship Collides with Bulker in Strait of Malacca

In the early hours of Sunday morning, the container ship Zephyr Lumos collided with the bulker Galapagos off the port of Muar in the Strait of Malacca, badly damaging the Galapagos.

In the early hours of Sunday morning, the container ship Zephyr Lumos collided with the bulker Galapagos off the port of Muar in the Strait of Malacca, badly damaging the Galapagos.

The Malaysian Coast Guard received a distress call from Zephyr Lumos reporting a collision at three minutes after midnight on Sunday morning, according to Adm. Nurul Hizam Zakaria, the head of the agency's Johor district. A second call from the Galapagos came shortly after via the Indonesian National Search and Relief Agency (Basarnas). The coast guard called upon Malaysian Navy assets to reach the scene quickly.

The Zephyr Lumos had struck the Galapagos on the starboard side amidships, cutting a deep gash into her hull. Photos taken by first responders show the Galapagos with a mild starboard list after the collision. 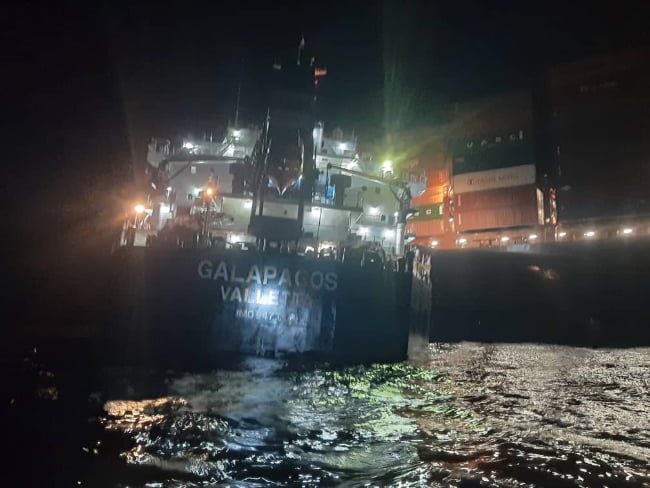 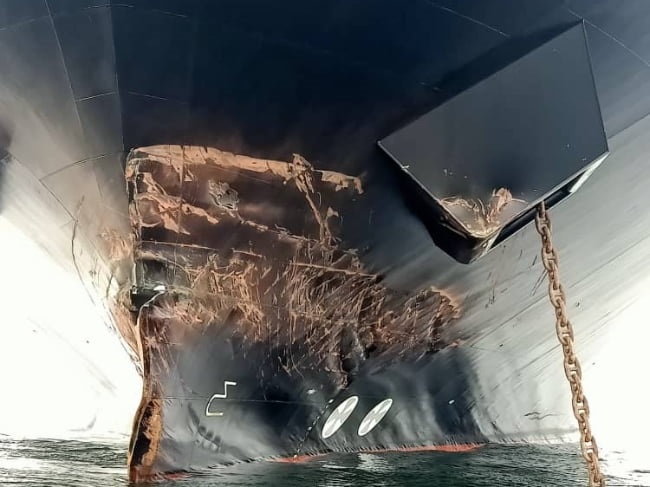 In a statement, Adm. Zakaria said that the initial inquiry suggests a possible failure of the Galapagos' steering system, causing her to veer in front of Zephyr Lumos. "The Malta-registered MV Galapagos was reported to be experiencing a steering system failure, forcing it to move to the right [starboard] as the UK-registered Zephyr Lumos was overtaking it," Zakaria said.

In a statement to mariime media, the Galapagos' owner denied that the vessel had suffered a steering failure and accused Zephyr Lumos of attempting an unsafe overtaking maneuver.

No seafarers were injured, but the agency did report a spill later on Sunday, and imagery taken after daybreak shows a sheen on the water. The case is being investigated by the Malaysian Marine Department and the Department of Environment, and both vessels have been detained pending the outcome.