When you are travelling from SDF to ORD (that's Louisville to Chicago), you may wonder why it is not from LOU to CHI. So how are airport codes named?

When you are travelling from SDF to ORD (that’s Louisville to Chicago), you may wonder why it is not from LOU to CHI. Some airports like SEA (Seattle), MIA (Miami), RDU (Raleigh Durham), and DEN (Denver) are obvious in their naming, but some don’t.

In general, there are three types of airports whose codes don’t resemble the city names:

1. Those airports whose closest pattern was already in use by another airport. For example, Canadian airports, where the codes all begin with Y because it was a letter that hadn’t been widely used when Canada assigned airport codes, enabling them to start all Canadian airports with a common letter. 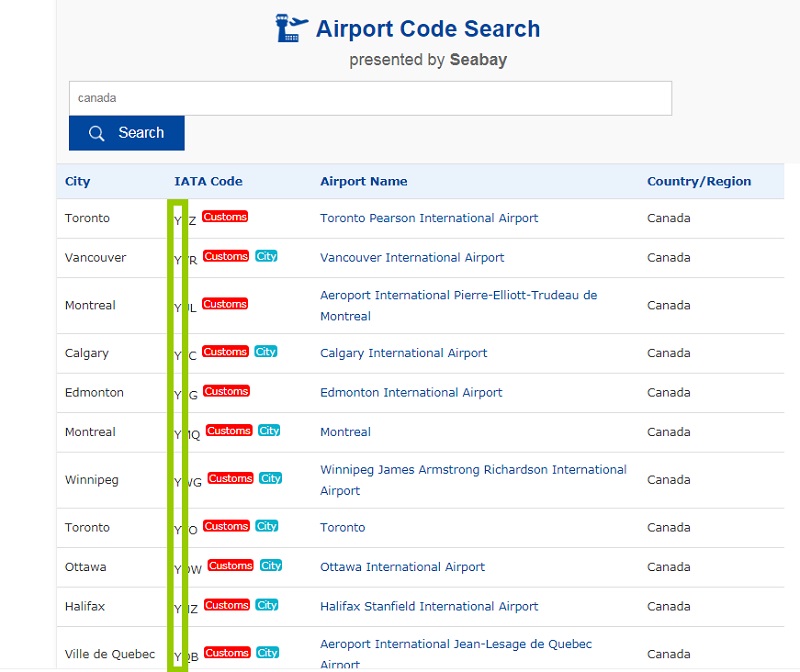 2. Those airports whose city names have changed after the airport’s code had been assigned. Beijing is still PEK for Peking, Guangzhou is still Can for Canton and Qingdao is still Tao for Tsingtao.

Certain Indian cities have renamed themselves in the decades since the end of British rule. Notable among them are Mumbai (BOM for Bombay), Kolkata (CCU for Calcutta) and Chennai (MAA for Madras).

There are a host of changes in Russia, the former Soviet Union and its satellites, as cities reverted to their original names while keeping their existing codes. They include Nizhniy Novgorod (GOJ for Gorky), St. Petersburg (LED for Leningrad), Bishkek (FRU for Frunze), and Podgorica (TGD for Titograd).

3. Those airports whose city has more than one airport, and the code is assigned to reflect the airport name. London is a great example: Heathrow is LHR, Gatwick is LGW and the more recent London City is LCY. Luton and Stansted have taken to sometimes branding themselves “London Luton”and “London Stansted”, but their codes are still LTN and STN. 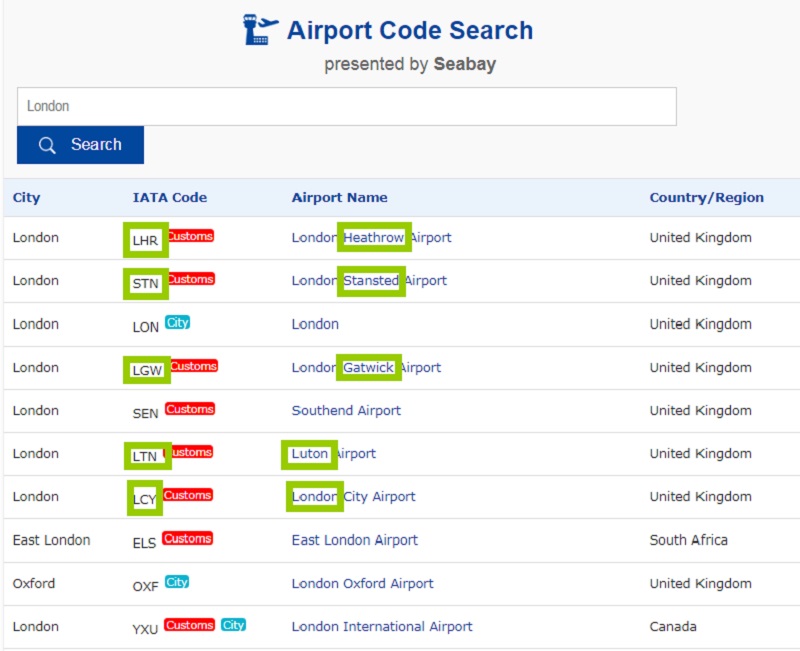 If you want to know more about airport codes, please visit our website seabaycargo.com and the airport code search system is available for you.