Shipping is the process of transporting cargo and goods by air, sea, and land.

Shipping is the process of transporting cargo and goods by air, sea, and land. (wikipedia.org)  Sometime will be misinterpretation with transportation definition. But in my opinion, shipping closely relatedly with some of trading activities meanwhile transportation could be define as a general definition of movement either goods, people, or any. 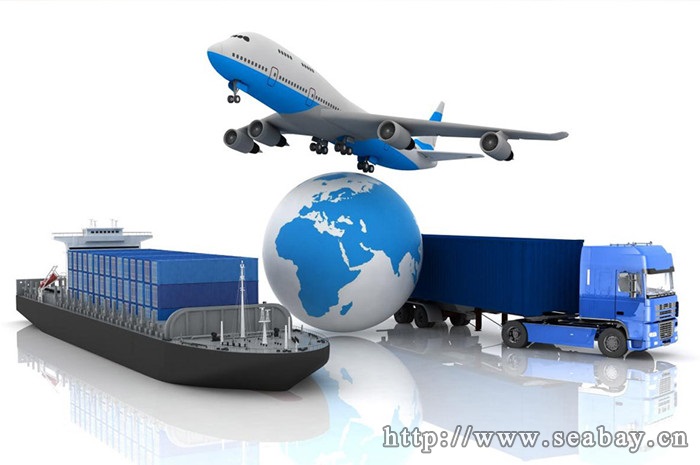 Land or “ground” shipping can be by train or by truck. In air and sea shipments, ground transportation is often still required to take the product from its origin to the airport or seaport and then to its destination. Ground transportation is typically more affordable than air shipments, but more expensive than shipping by sea. Shipment of freight by trucks, directly from the shipper to the destination, is known as a door to door shipment. Vans and trucks make deliveries to sea ports and air ports where freight is moved in bulk. Much shipping is done aboard actual ships. An individual nation’s fleet and the people that crew it are referred to its merchant navy or merchant marine. Merchant shipping is essential to the world economy, carrying 90% of international trade with 50,000 merchant ships worldwide.[1] The term shipping in this context originated from the shipping trade of wind power ships, and has come to refer to the delivery of cargo and parcels of any size above the common mail of letters and postcards.

What we need to know there are slightly confusing with people sometime they were thought that Shipping and Logistics are same. With some fundamental different is storage activity or warehousing. If you see activity with warehouse and storage there are Logistic based job while shipping more focusing only on transporting the goods.

Most of the shipping activities are in International trading. Export and Import activities, Ocean Voyage, Marine Operations. Therefore we need to know with some of the formalities within.

1. Incoterm (International Commercial Terms) are a series of international sales terms, published by International Chamber of Commerce (ICC) and widely used in international commercial transactions. These are accepted by governments, legal authorities and practitioners worldwide for the interpretation of most commonly used terms in international trade. This reduces or removes altogether uncertainties arising from different interpretation of such terms in different countries. Scope of this is limited to matters relating to rights and obligations of the parties to the contract of sale with respect to the delivery of goods sold.

Freight on board, or free on board (FOB) – the exporter delivers the goods at the specified location (and on board the vessel). Costs paid by the exporter include load and lash, including securing cargo not to move in the ships hold, protecting the cargo from contact with the double bottom to prevent slipping, and protection against damage from condensation. For example, “FOB Kunming Airport” means that the exporter delivers the goods to the airport, and pays for the cargo to be loaded and secured on the plane. The exporter is bound to deliver the goods at his cost and expense. In this case, the freight and other expenses for outbound traffic are borne by the importer.

Around 90% of world trade is carried by the international shipping industry.

Without shipping the import and export of goods on the scale necessary for the modern world would not be possible.

Seaborne trade continues to expand, bringing benefits for consumers across the world through competitive freight costs. Thanks to the growing efficiency of shipping as a mode of transport and increased economic liberalisation, the prospects for the industry’s further growth continue to be strong.

There are around 50,000 merchant ships trading internationally, transporting every kind of cargo. The world fleet is registered in over 150 nations, and manned by over a million seafarers of virtually every nationality.

In general shipping industry consist from 4 players. They are : Ship Owner, Ship Manager, Ship Broker and Charterer. Since ocean shipping is holding 90% of world trade it’s not complete if we didn’t know who are the seafarers behind the activity.

1. Captain : The captain or master is the ship’s highest responsible officer, acting on behalf of the ship’s owner.

1. Chief Officer/ Chief Mate : The head of deck department on a merchant’s vessel second in command after ship master. responsible for the safety and security of the ship, as well as the welfare of the crew on board. Additional duties include maintenance of the ship’s hull, cargo gears, accommodations, the life saving appliances and the firefighting appliances. The Chief Mate also trains the crew and cadets on various aspects like safety, firefighting, search and rescue, and various other contingencies.

2. Second Officer : usually in charge of navigation and is the next licensed position above third officer and below chief officer.

3. Third Officer : The most junior officer of the ship, the third mate is usually the safety officer (responsible for firefighting  equipment, lifeboats, emergency systems) and is in charge of a (bridge or cargo) watch.

4. Deck Cadet : is a Nautical school graduate. The cadet must first carry out a one-year training on board ships, executing tasks of an officer-of-the-watch under the supervision of senior officers. He comes under chief mate and works accordingly.

5. Boatswain/ Bosun : in charge of the unlicensed deck crew and is sometimes also third or fourth mate

6. Able Seaman : An AB will work in a ship’s deck department as either a watchstander, a day worker, or a combination of these roles.

7. Ordinary Seaman : an ordinary seaman or OS is an entry-level position in a ship’s deck department. An OS performs a variety of duties concerned with the operation and upkeep of deck department areas and equipment

1. Chief Engineer : Responsible for all operations and maintenance that have to do with all engineering equipment throughout the ship.

2. Second Engineer : The officer responsible for supervising the daily maintenance and operation of the engine department. He or she reports directly to the chief engineer.

3. Third Engineer : Junior to the Second Engineer/First Assistant Engineer in the engine department and is usually in charge of boilers, fuel, auxiliary engines, condensate, and feed systems.

6. Oiler : One of the most junior engineering position. Responsible to keep machinery lubricated.

7. Wiper : The most junior position in engineering. Consist of wiping down machinery and generally keeping it clean.

1. Chief Steward : The chief steward is the senior unlicensed crew member working in the steward’s department of a ship. The chief steward directs, instructs, and assigns personnel performing such functions as preparing and serving meals; cleaning and maintaining officers’ quarters and steward department areas; and receiving, issuing, and inventorying stores

2. Chief Cook : directs and participates in the preparation and serving of meals; determines timing and sequence of operations required to meet serving times; inspects galley and equipment for cleanliness and proper storage and preparation of food.

3. Steward’s Assistant : an entry-level crew member in the steward’s department of a ship.

PS : Most of the sources from Wikipedia.org and personal literature.